One day, a young boy had a dream. He was sailing across the galaxy in a magical ship. It was a large boat with big sails that resembled the wings of an eagle. He sailed past planets of darkness and stars of hope and light. He saw himself at the helm of the ship, feeling free as a bird and strong as a bull. He was moving fast, cutting through the choppy waters of the ocean of life. The waves were the daily thoughts, emotions and temptations that tend to slow down our journey.
His boat surged forward. But, there was something very strange about the ship. It's sails were powered by the wind of the young boy's dreams. The bigger his dreams, the stronger the wind and the faster the ship would sail.
When he woke up in the morning, he remembered his dream clearly. It was a funny thing, it was a dream about dreams. He felt very energised. He felt the need to do something with his life. He wanted to dream big. But he had no idea how. So he went to his parents and asked them, “Mom, dad, how should I have bigger dreams?"
His parents were simple folk. They had lived a life of hard work and discipline. Dreams were a luxury and an unnecessary distraction. Staying focused on studies and getting good marks was much more important. After giving it some thought, they said to him "right now your work is to study and score better marks. Dreams won't get you anywhere."
The young boy's felt as though he was coming crashing down. It was as though the heavy anchor of his boat was rapidly sinking towards the ocean floor. He felt lost and alone. He felt as though his sails had deflated. No one wanted to listen to him. All he had wanted was for his loved ones to listen to him and share his excitement.
I am blessed that my parents listened to my crazy dreams with a gleam of wonder and a spark of belief in their eyes. Tonight, when I go home I am going to listen to my children with the same gleam and spark. Im going to fill their sails with the wind they need to sail towards their dreams. 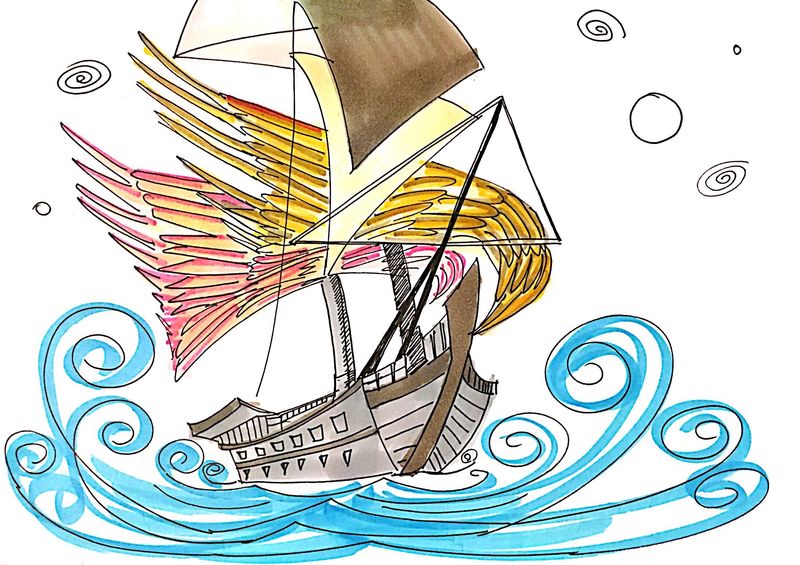